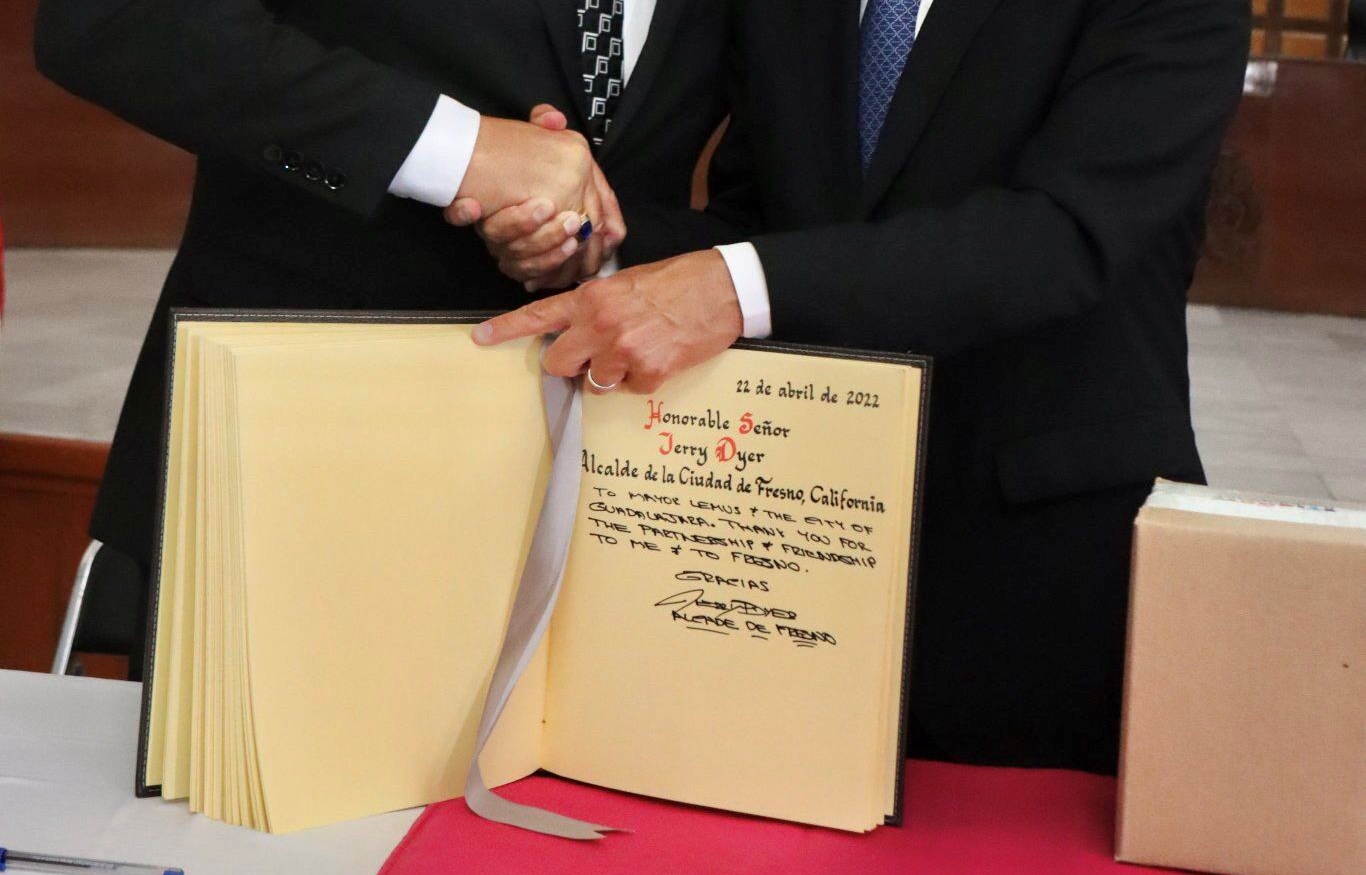 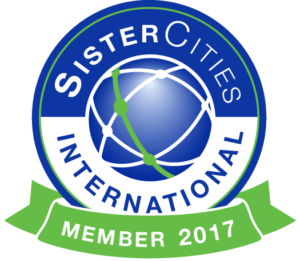 Fresno city leaders say they hope a new sister city partnership with the Mexican city of Guadalajara will encourage tourism to local national parks, build a pipeline of Spanish-speaking medical doctors to the Central Valley, and bring mariachis and artisanship to Fresno. The relationship was announced in late April, after Fresno Mayor Jerry Dyer and a group of city leaders flew down to Guadalajara to sign a formal Sister City Agreement with Guadalajara’s mayor, Pablo Lemus Navarro. The main goal of the relationship is “opening up those doors of opportunity, taking advantage of the commonalities between our two cities and ultimately, making sure that there’s some type of benefit,” Dyer said last week after signing the agreement. “We could learn so much from the people of Mexico.”

The agreement requires no financial obligation from the city, aside from the travel costs associated with the negotiations.

The relationship is more than five years in the making, city leaders say. A delegation from Guadalajara initially pitched the idea to former Fresno Mayor Ashley Swearengin’s administration in 2016. Former Mayor Lee Brand’s administration and city council members helped further the conversation over the past few years. The signing of the sister city agreement was especially significant for District 5 City Council member Luis Chavez, given his personal ties to the region. Chavez’s mother is originally from Guadalajara, and he spent a few years of his childhood living there, too. “I was born in the USA, made with Mexican parts, and have a tapatío corazón (heart),” said Chavez, who traveled to Guadalajara for the signing of the agreement. (Tapatío is a term for people from Guadalajara.) “The culture, the food, the music, the traditions transcend borders for both of our countries,” he said. Guadalajara joins Fresno’s other active sister cities including Châteauroux, France; Münster, Germany; Verona, Italy; and Kochi, Japan. The nonprofit organization Fresno Sister Cities is also working on a potential partnership with the Armenian city of Etchmiadzin.

GOALS OF THE NEW RELATIONSHIP BETWEEN FRESNO, GUADALAJARA

In addition to promoting social and cultural ties, Chavez and other city leaders say they hope the relationship helps attract investment and economic exchange. “I’ve seen that city grow, I’ve seen Fresno grow, and I think we can grow together,” said Chavez.

City leaders say they think the relationship with Guadalajara, capital of the Mexican state of Jalisco, will be a productive one, given the existing strong bonds that already exist between the two cities.

An estimated 400,000 people from Jalisco currently reside in the Central Valley, city leaders say, not including the descendants of former migrants from Jalisco. Jalisco is also said to be one of the Mexican states with the highest number of immigrants to the Fresno area. “There’s a reason why all of the flights that we have going from Fresno to Guadalajara are always sold out,” said Chavez.

Fresno leaders say they are brainstorming and outlining a number of projects with Guadalajara city officials. Some of these initiatives were already underway before the formal sister city agreement was signed. They include: Economic development: Officials hope to develop a relationship between Guadalajara’s technological hub, Ciudad Creativa Digital (Digital Creative City), and Fresno’s Bitwise Industries. City leaders also say they want to foster agricultural trade between the two cities. Like Fresno, Guadalajara is an “an urban area, but they’re very agricultural-based” as well, Chavez said.

Tourism: City leaders say Fresno’s airport is in the process of building an international terminal to accommodate the high volume of flights to and from Mexico, and hope to see more tourism between the regions. “People do not realize we have 17 weekly flights in and out of Fresno directly to Guadalajara,” said Dyer, adding that last year Fresno had almost 190,000 trips to and from the city. Fresno wants to promote tourism among tapatíos to local national parks, such as Yosemite, Sequoia, and Kings Canyon national parks. The Sister City Committee is also considering organizing a charter flight to take Fresno fútbol fans to see El Clásico, one of the most important soccer matches in Mexico, between Guadalajara’s Chivas team and Mexico City’s Club América team.

Medicine: City leaders say they also want to build a medical exchange between the two cities, given the number of medical schools and professionals in Guadalajara, and the Central Valley’s need for more Spanish-speaking doctors and nurses. Council member Miguel Arias said he recently traveled with officials from Fresno State, Community Regional Medical Center and the Hispanic Chamber of Commerce to develop a pipeline to recruit medical professionals from Guadalajara to Fresno. Public Safety: Dyer said he met with Guadalajara’s police chief and learned about the new technological advances used in Guadalajara’s police force, such as electric vehicles.

Arts & Culture: City leaders say they are trying to bring to downtown Fresno the “El Cielo Tejido,” or “The Woven Sky” exhibit, a handmade piece of woven artwork made by women from the Jalisco town of Etzatlán. They hope to bring artisanship to downtown Fresno’s Fulton Mall, as well as a large fiestas patrias celebration in honor of Mexico’s Independence Day in mid-September. City leaders also want to bring more mariachi festivals to Fresno, such as this weekend’s Ay Amor Mariachi Festival hosted by Fresno State. All proceeds benefit low-income students at the university. Other ideas include bringing a projected video-light show to downtown Fresno to tell the story of the region’s history, inspired by the 3-D light show projected on Guadalajara’s main cathedral.

HOW CAN I GET INVOLVED?

Ultimately, the Sister City relationship is “all about social-cultural relationships and making those connections to cities like Guadalajara,” Martin Valencia, chair of the Sister City Guadalajara-Fresno committee and Fresno State professor of art and design, said in an interview with The Bee. Valencia said he was encouraged by the momentum and interest he saw during the trip to Guadalajara to sign the formal agreement. “I’ve been to a couple of signings (where) only a few people showed up,” he said. However, “almost 100 plus people showed up” for the signing in Guadalajara, he said, “so that means they’re really interested in what we’re trying to do.” The Sister City Guadalajara committee is currently looking for community members, both individuals and organizations, to get involved in the various projects and initiatives. The committee is putting together six different groups based on each priority area: economic development, public safety, arts and culture, tourism, medicine and education. 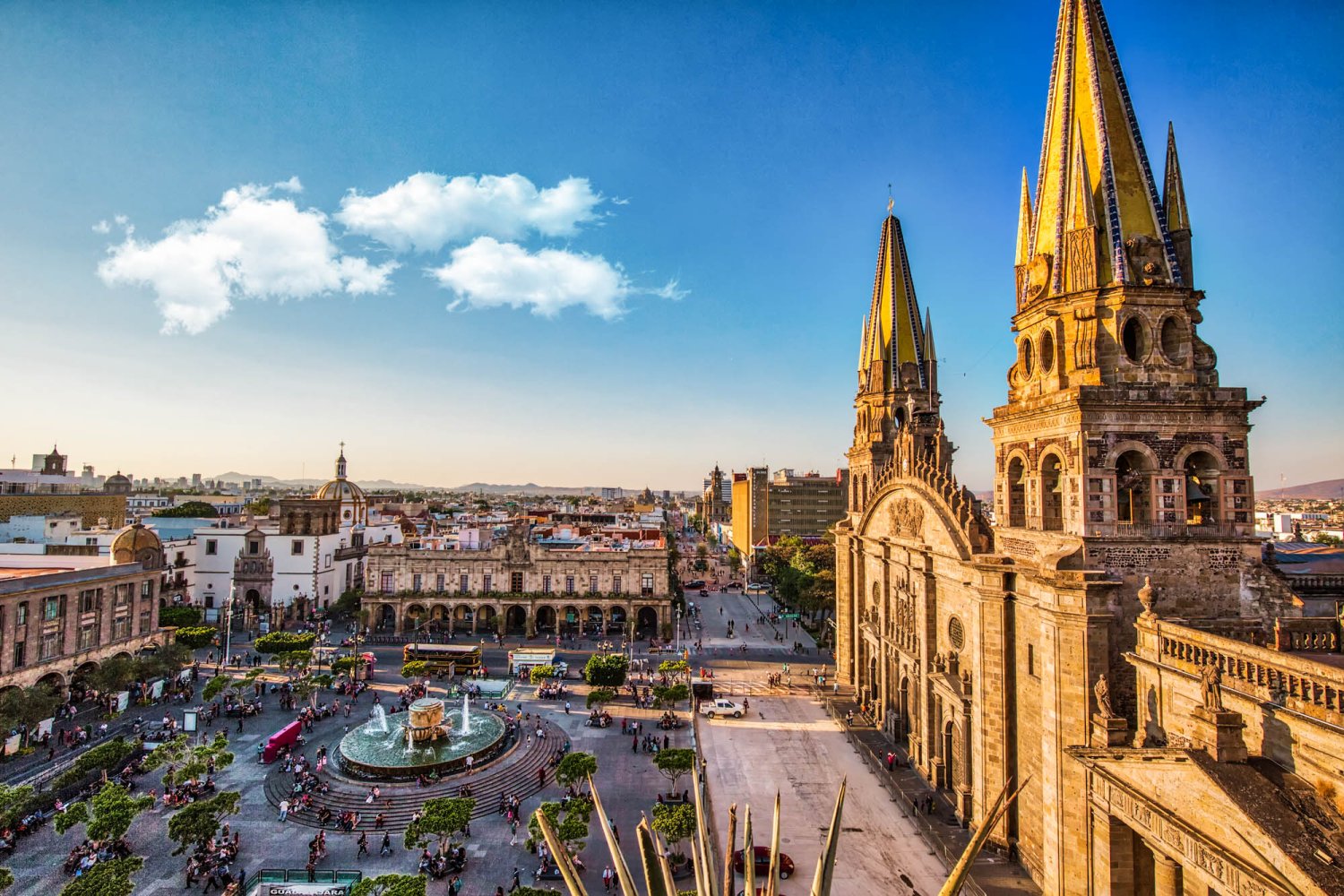 UAG School of Medicine Strengthens Ties with Health Institutions and Hospitals
The Relevance Committee was established to continuously enhance the academic program.

The World Federation for Medical Education is delighted to report that Ricardo León–Bórquez has been elected as the next President of WFME.  He will take office in January 2023, for an initial four-year term.